If Our Government Won’t Help Puerto Rico, Maybe Our Constitution Should.

I am struck by the two different ways we, as a nation, are talking about two vitally important and fundamental issues — freedom of the press and access to clean water.

Appropriately, there is now a robust conversation about the fact that the President is threatening our right to freedom of the press. After all, the First Amendment of the Bill of Rights promises us that “Congress shall make no law … abridging the freedom of speech, or of the press….” Senator Ben Sasse (R-Neb.) issued his own tweet making clear that the threatened actions would be a violation of the President’s legal duty to protect our rights to a free press: 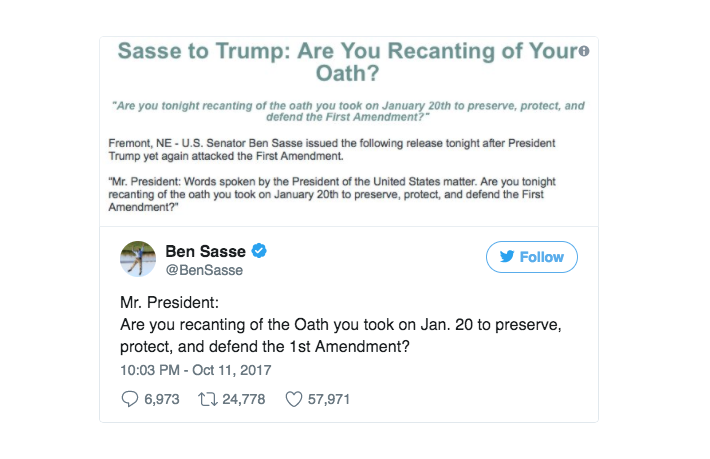 And fortunately, there is not just outrage about the wrongheaded threat included in the tweet, but there are constitutional and legal remedies for what the President suggests he or others might or should do, which would be a clear violation of people’s rights.

By contrast, in Puerto Rico where people are sick and dying because they do not have access to clean and healthy water, the conversation, including how the President is weighing in, has been framed very differently. Rather than taking strong and affirmative action to engage federal agencies to find ways to remedy the water problems, the President, just over two weeks after Hurricane Maria hit, is already tweeting about removing emergency responders and federal aid:

In response to what is happening on the ground in Puerto Rico and the President’s callous disregard for their suffering, including the lack of access to clean and healthy water, we are not talking about people’s “rights” or that the President is violating his constitutional and legal obligation to protect those rights. Instead, the conversation has become an expression of moral outrage. That’s because there is currently no constitutional protections to refer to and no U.S. right to clean and healthy water. Nor is there a right to clean air, healthy soils or a healthy environment.

It is good that we have a constitutional provision that, unequivocally, at the highest level, protects our right to freedom of the press as an inalienable right. We need a similar provision, also placed in the Bill of Rights, that is unequivocal, and makes clear, we have a fundamental and inalienable right to pure water, clean air and a healthy environment too. 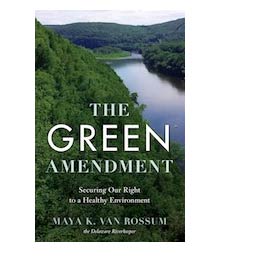 The Silent Pandemic Poisoning Our Children

How Our Constitution Can Save the Environment